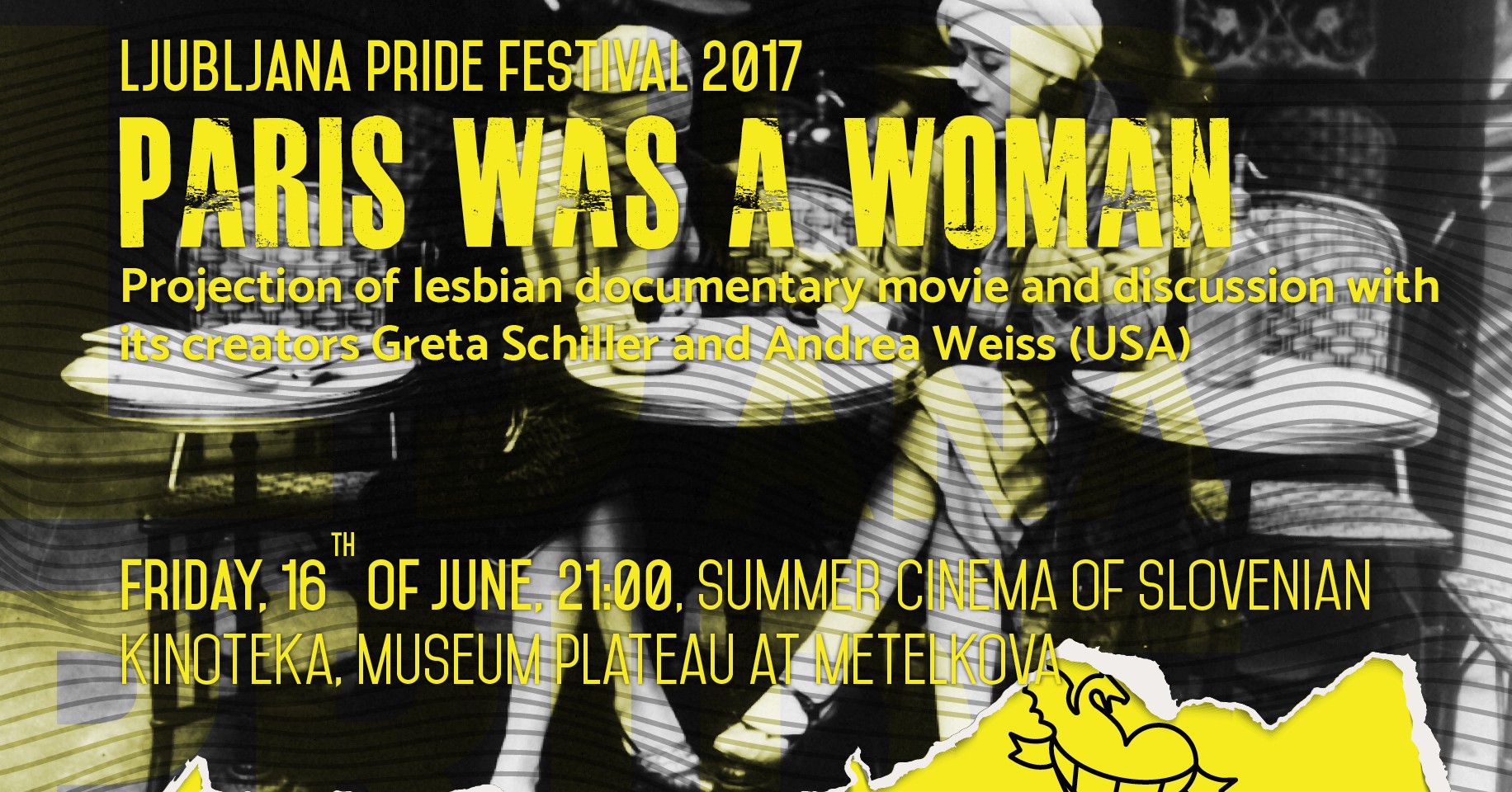 Paris was a Woman

Greta Schiller is an internationally acclaimed and awarded documentary filmmaker. Her 1976 short film Greta’s Girls was one of the first independent short films that focused on lesbians. In 1984 she and Andrea Weiss founded an independent production company Jezebel Productions. Greta Schiller is perhaps best known for creating seminal films Before Stonewall (with Andrea Weiss; 1984), which received two Emmy Awards, Paris Was a Woman (1996) and Tiny and Ruby: Hell Divin’ Women (1989), which won a Teddy Award at the Berlin film festival. She won another Teddy Award for best documentary in 1999 for the film The Man Who Drove with Mandela.

The conversation with Greta Schiller and Andrea Weiss will be moderated by Nina Dragičević.

Event will be in English language.