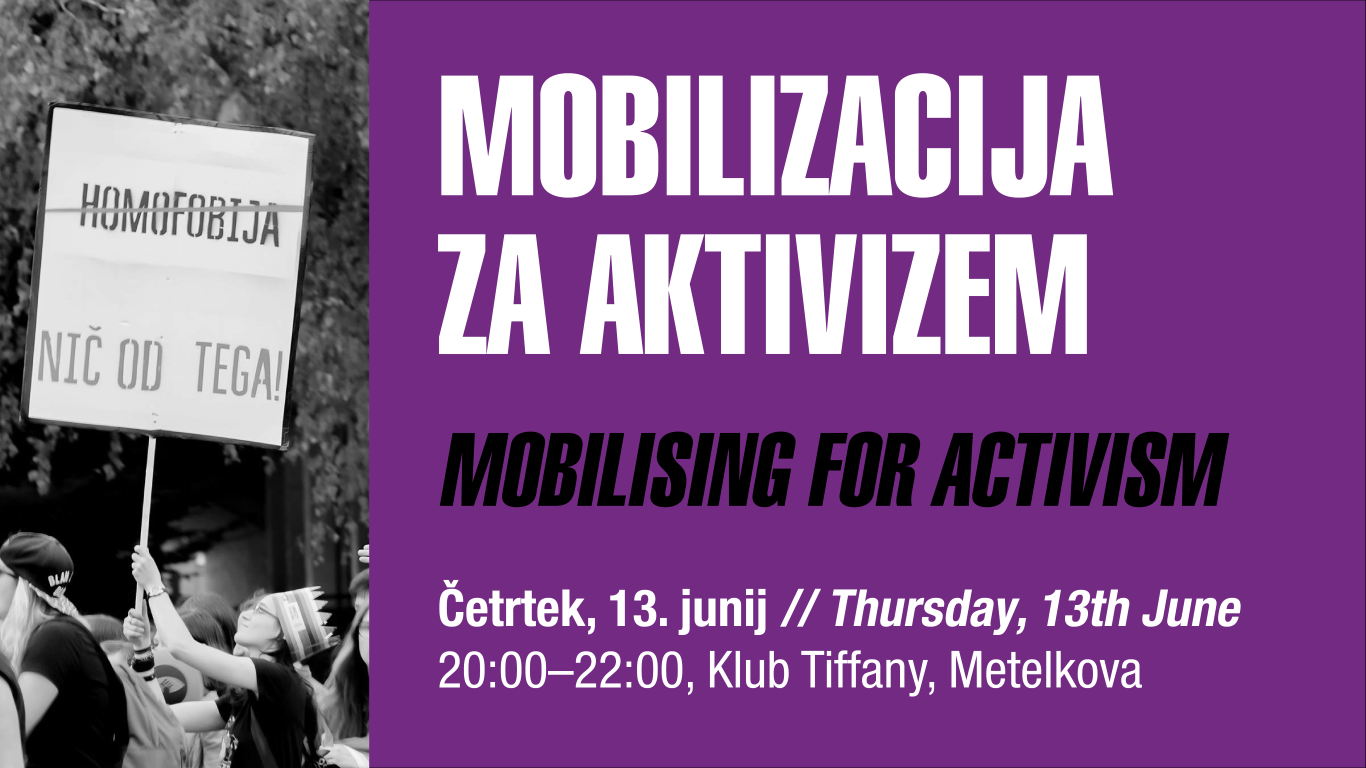 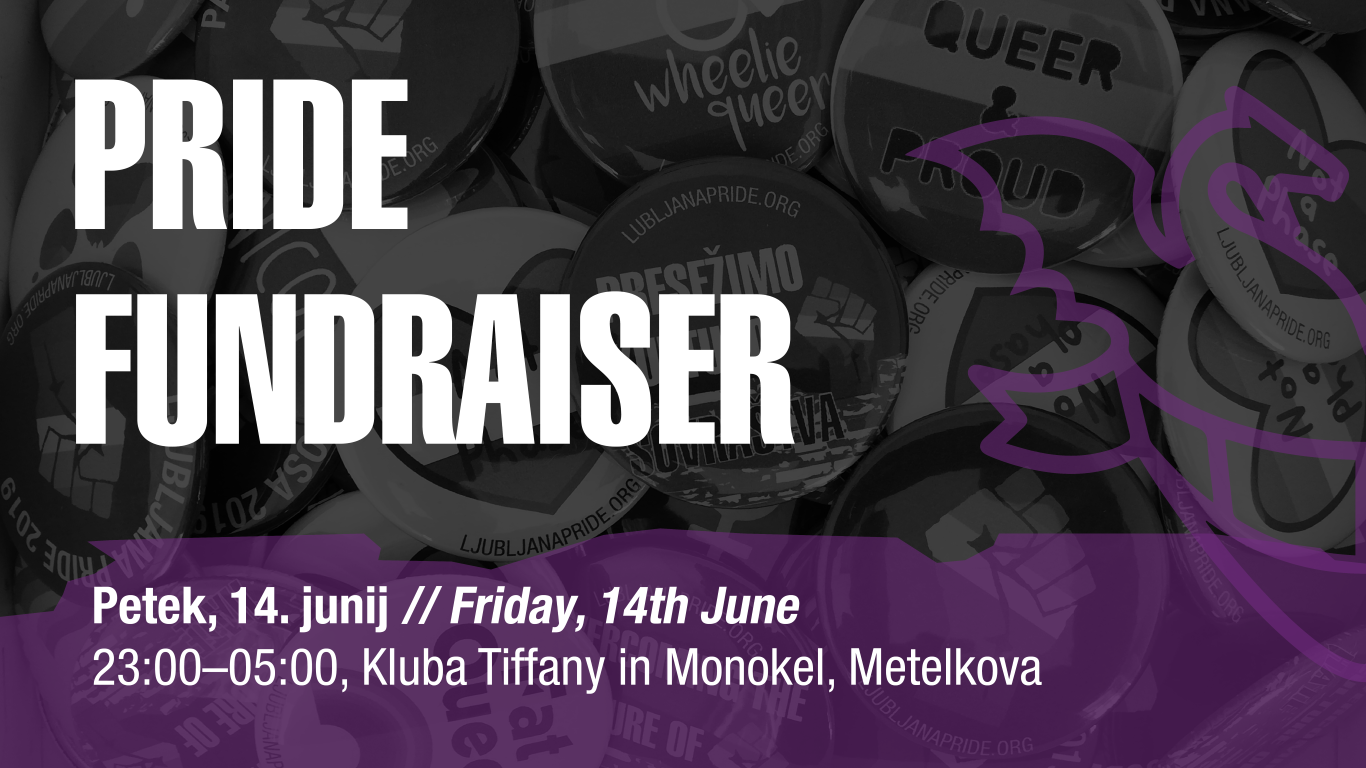 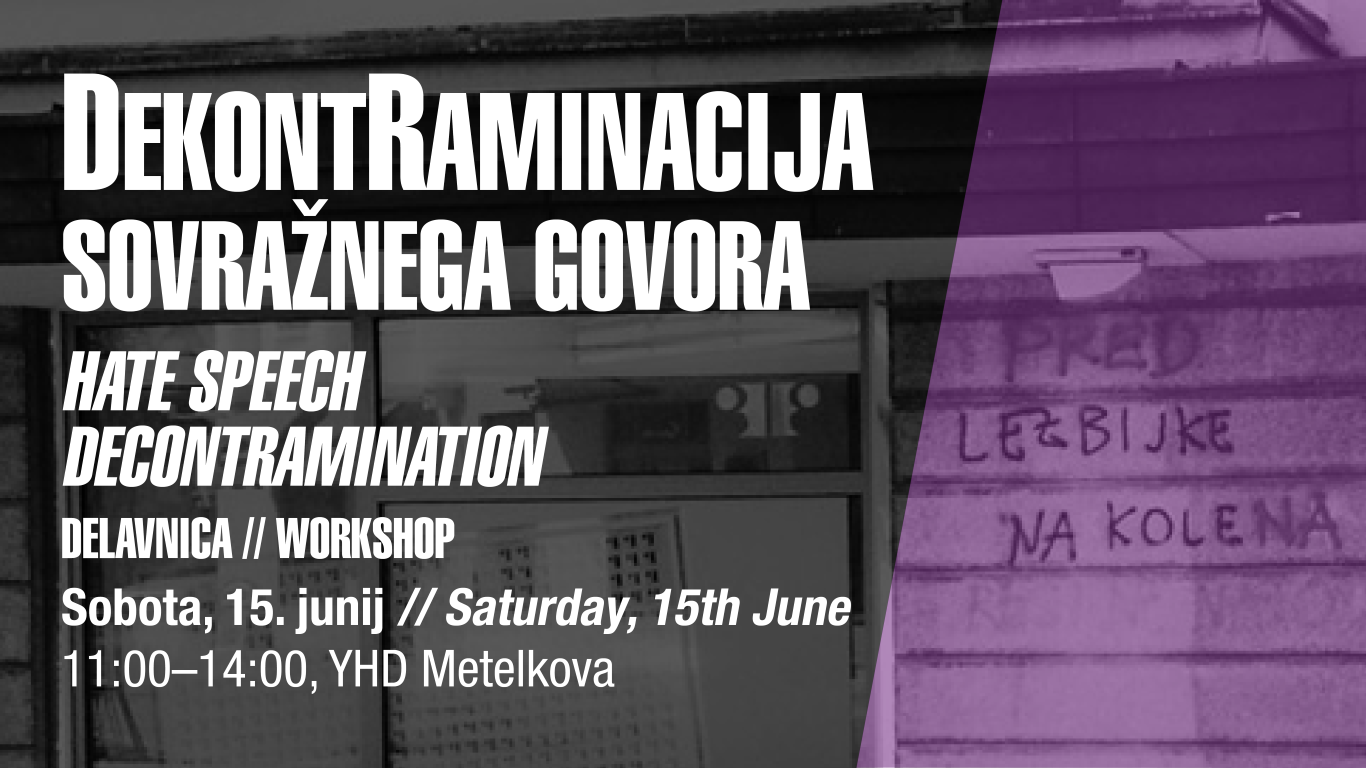 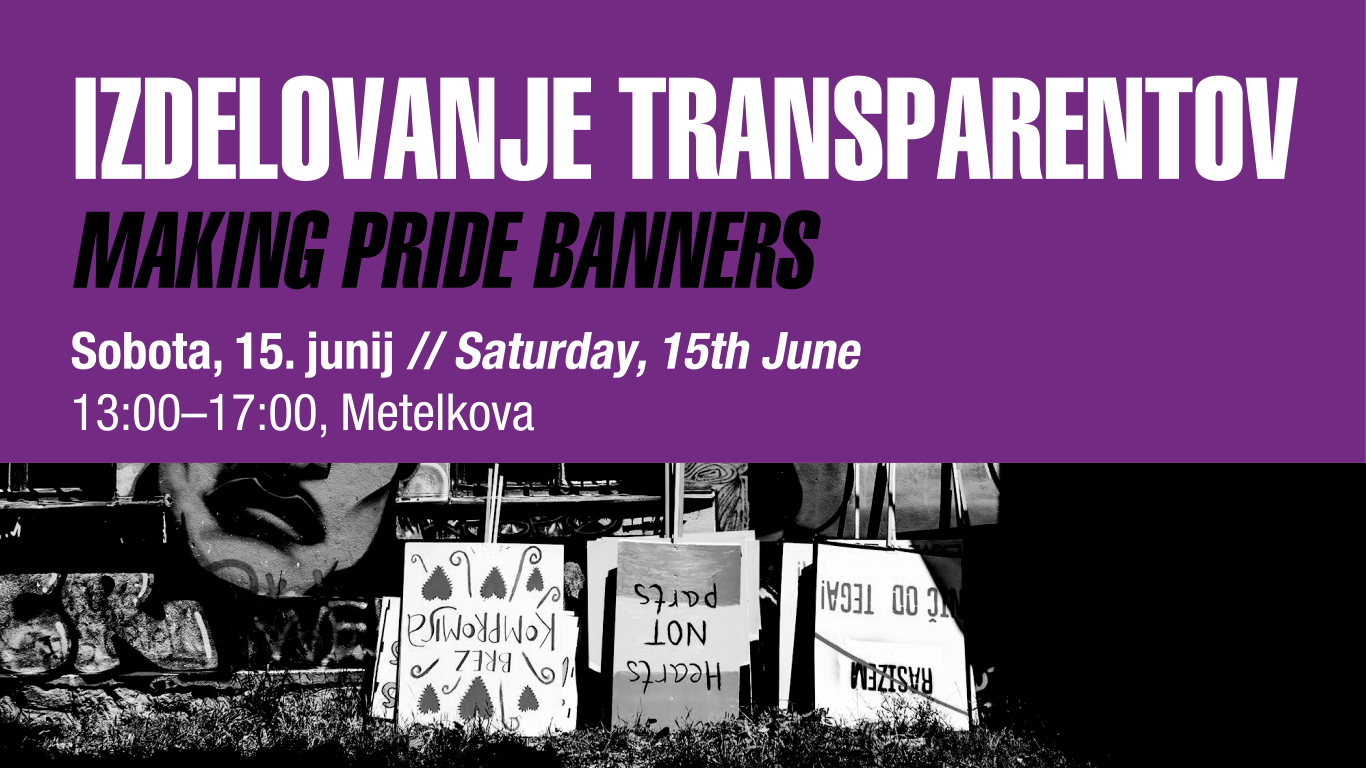 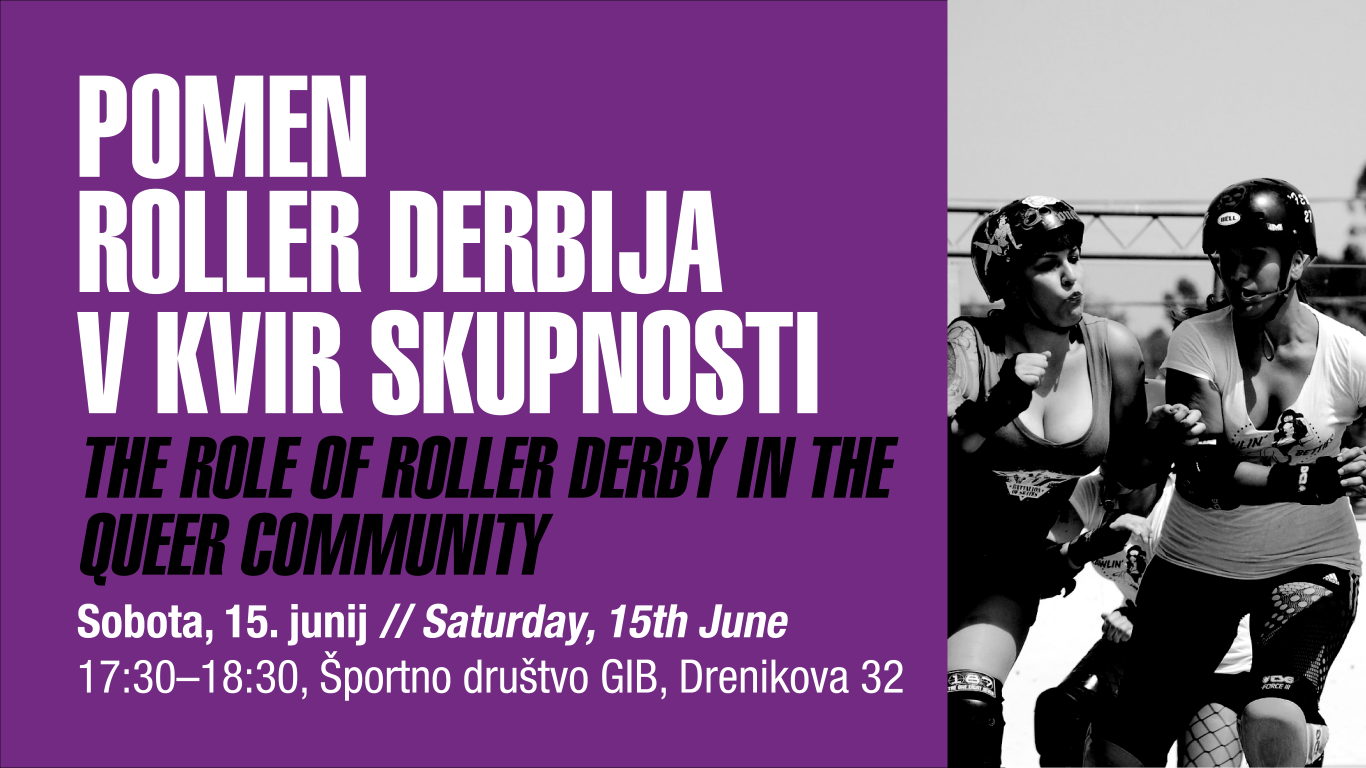 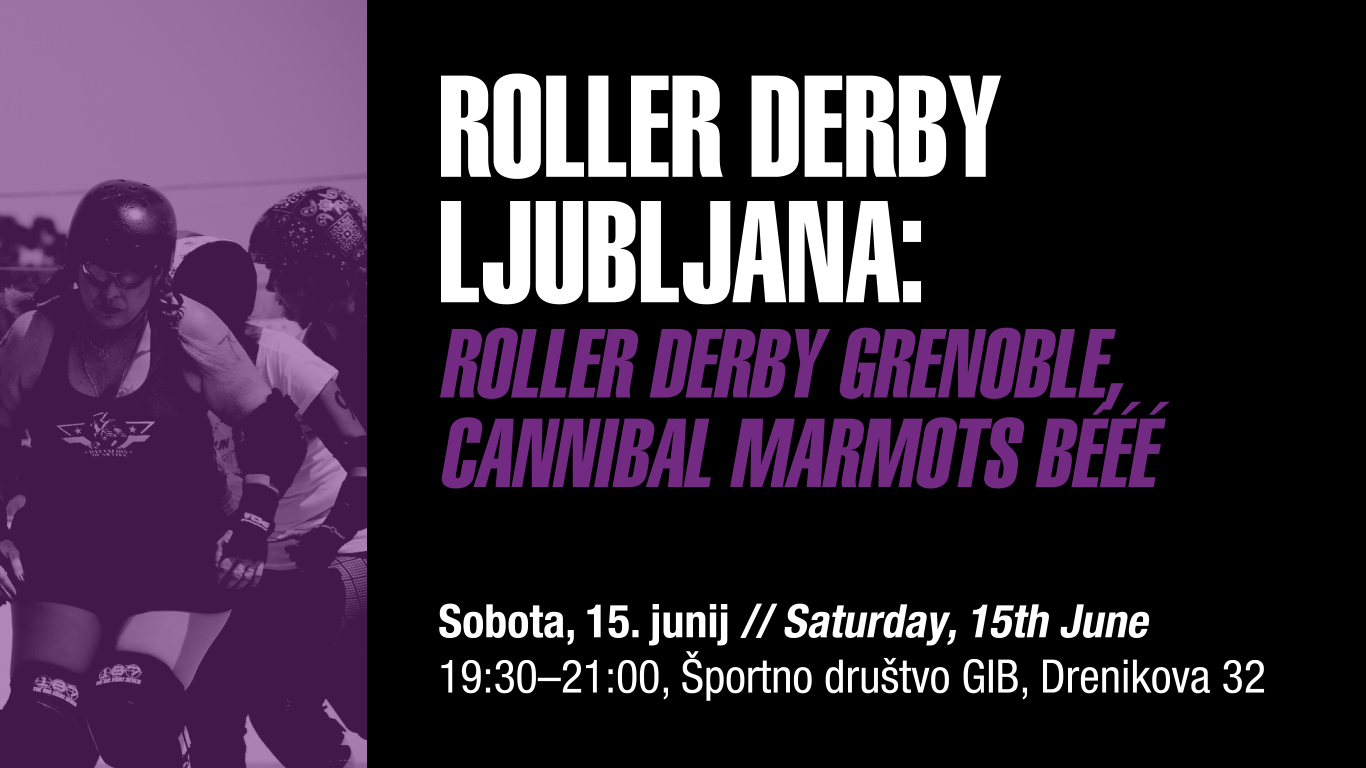 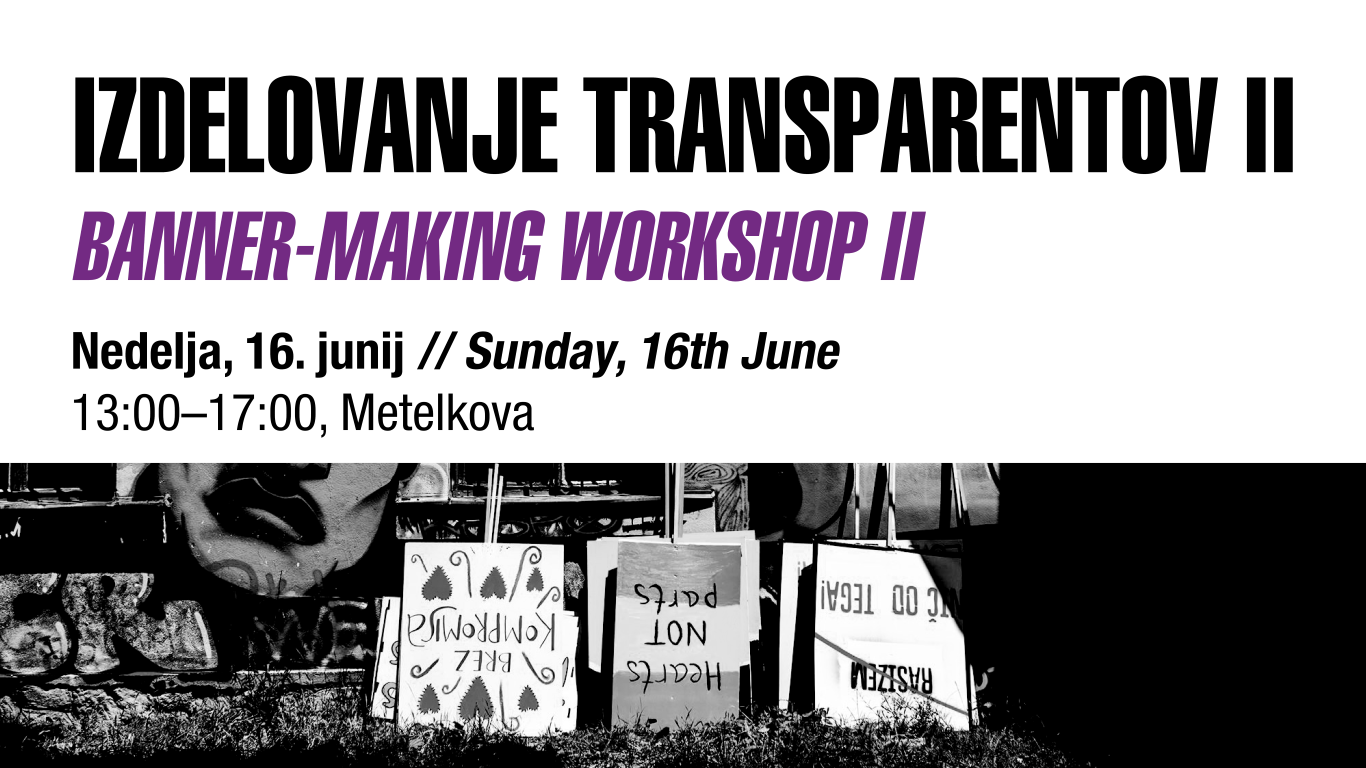 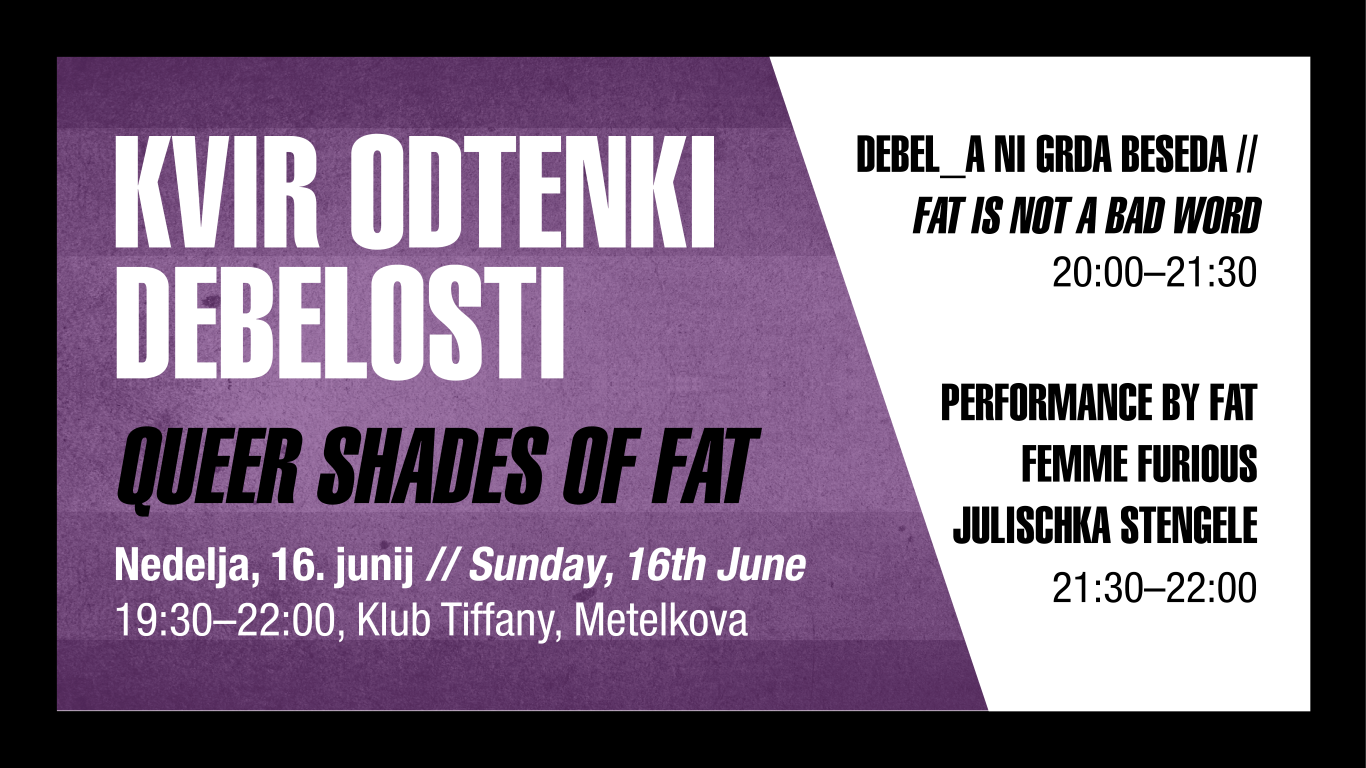 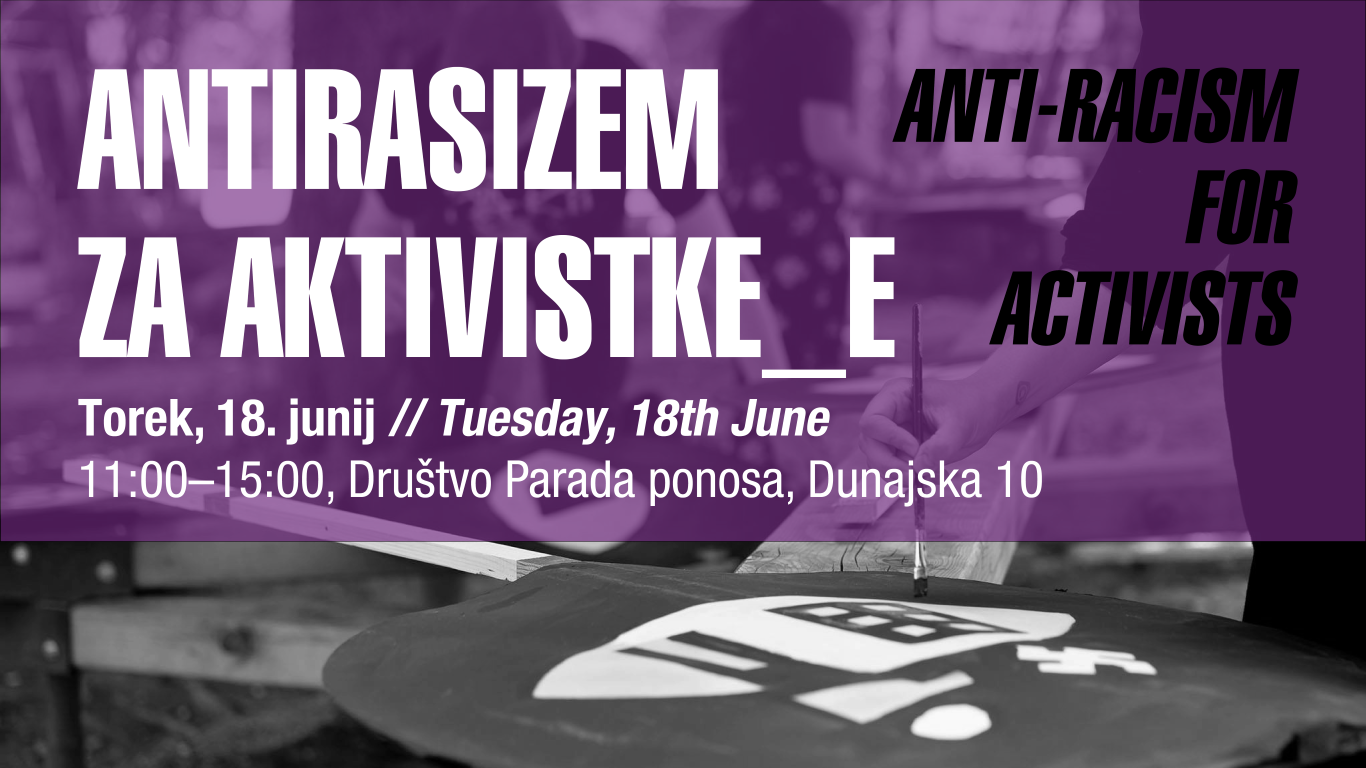 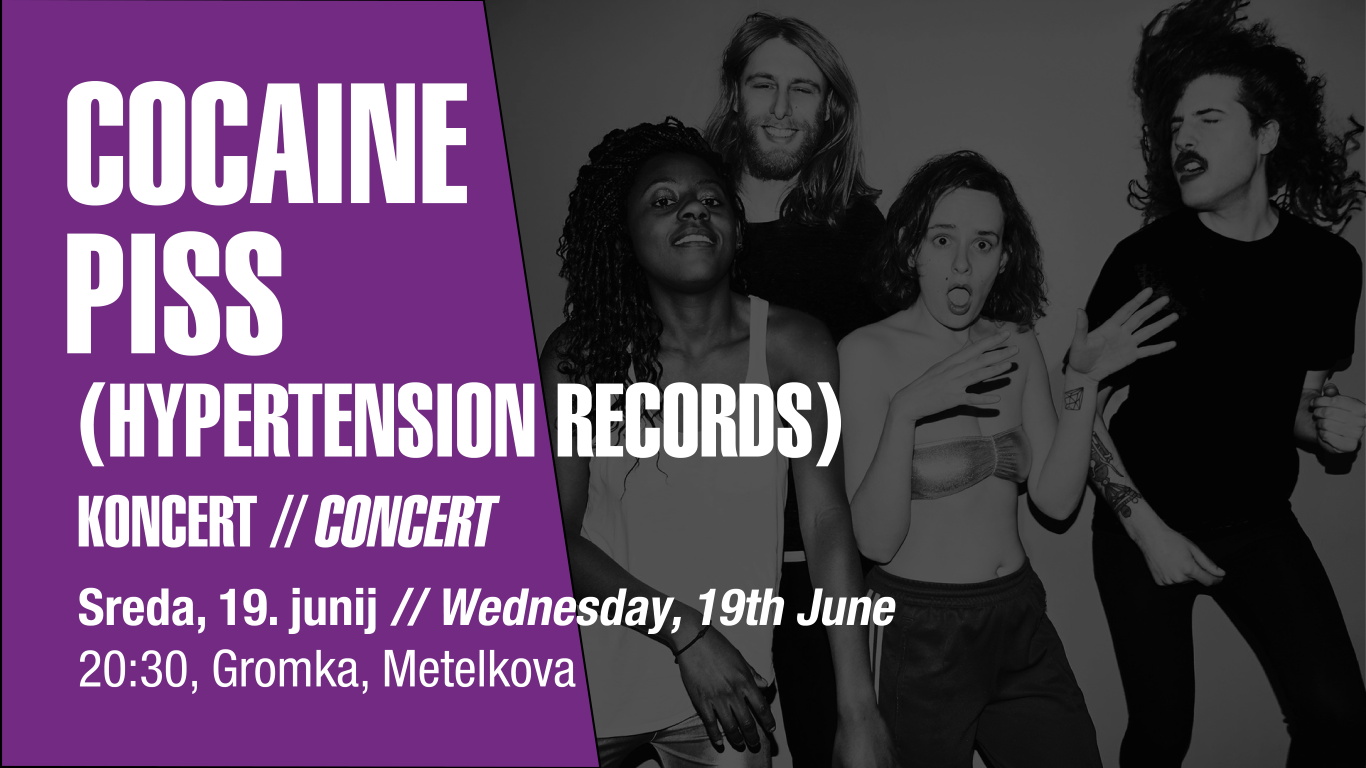 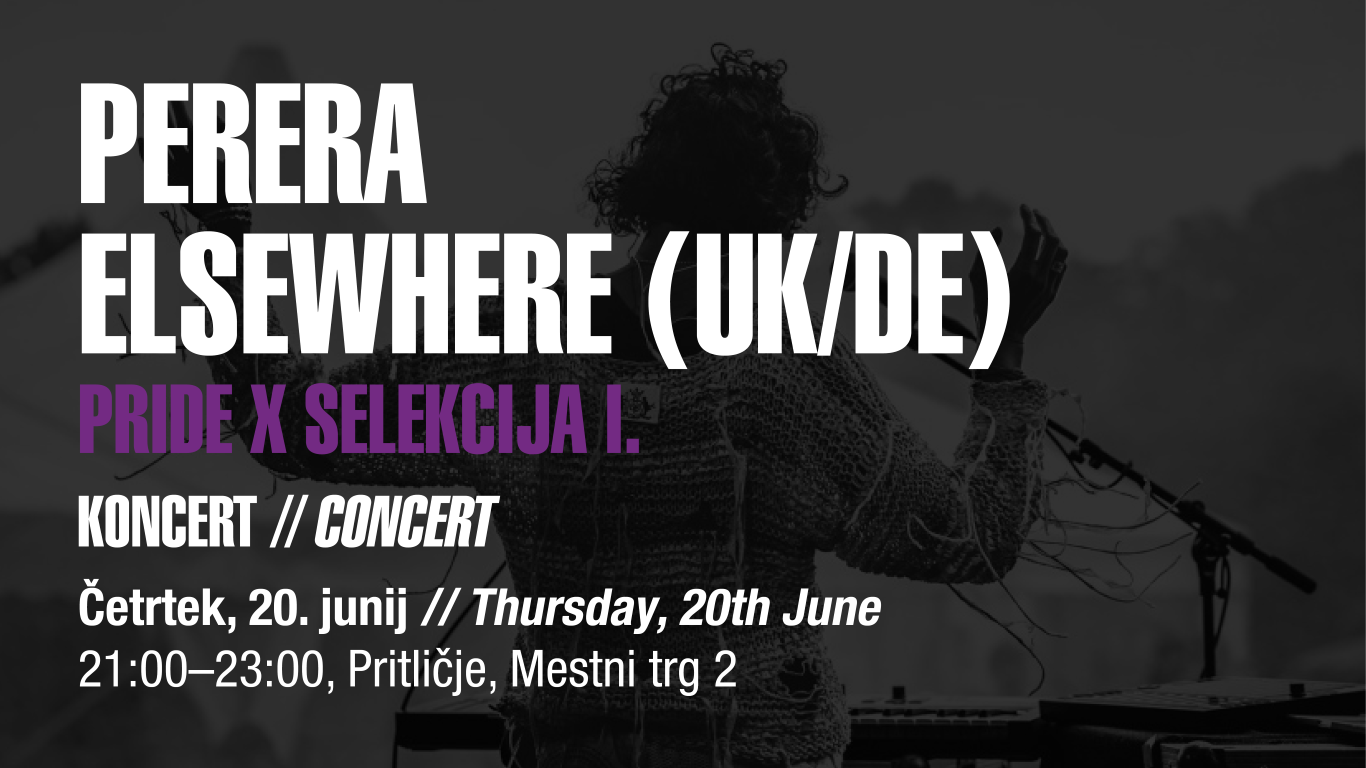 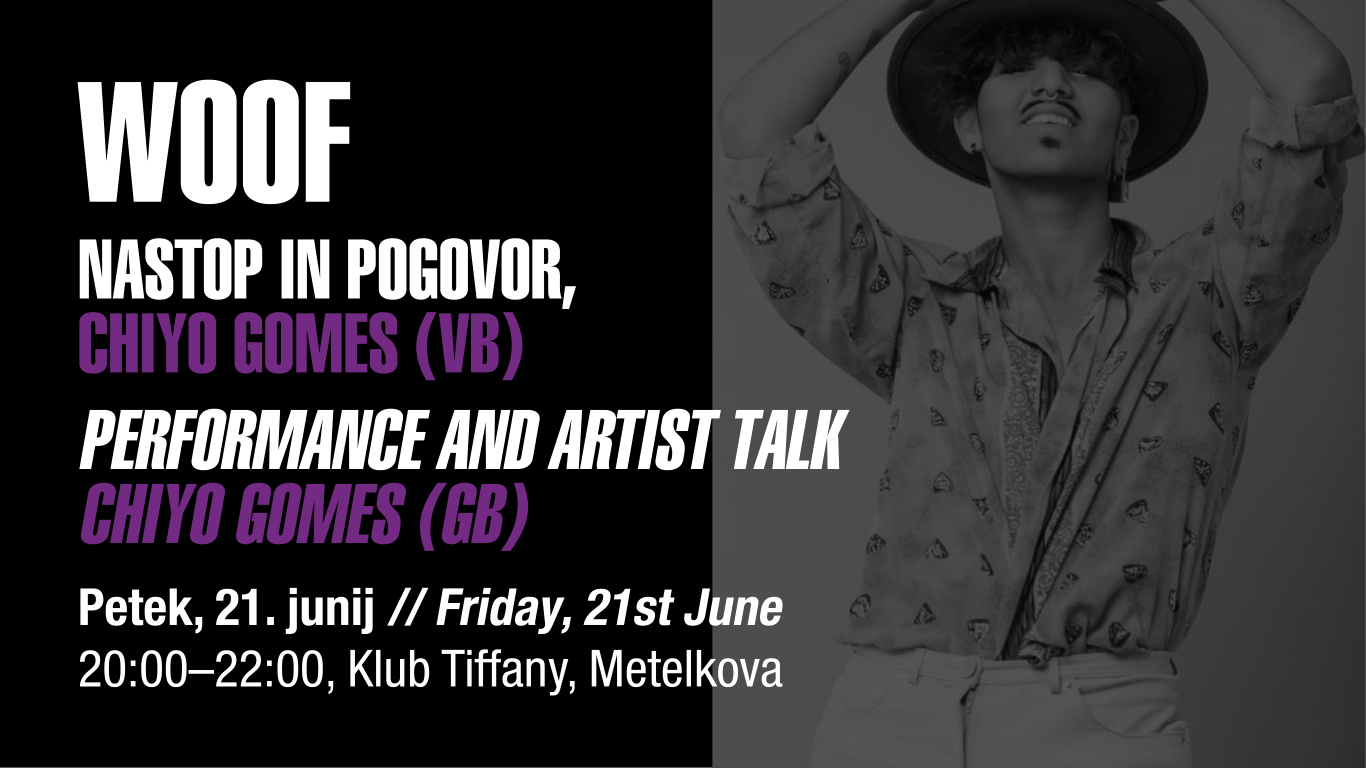 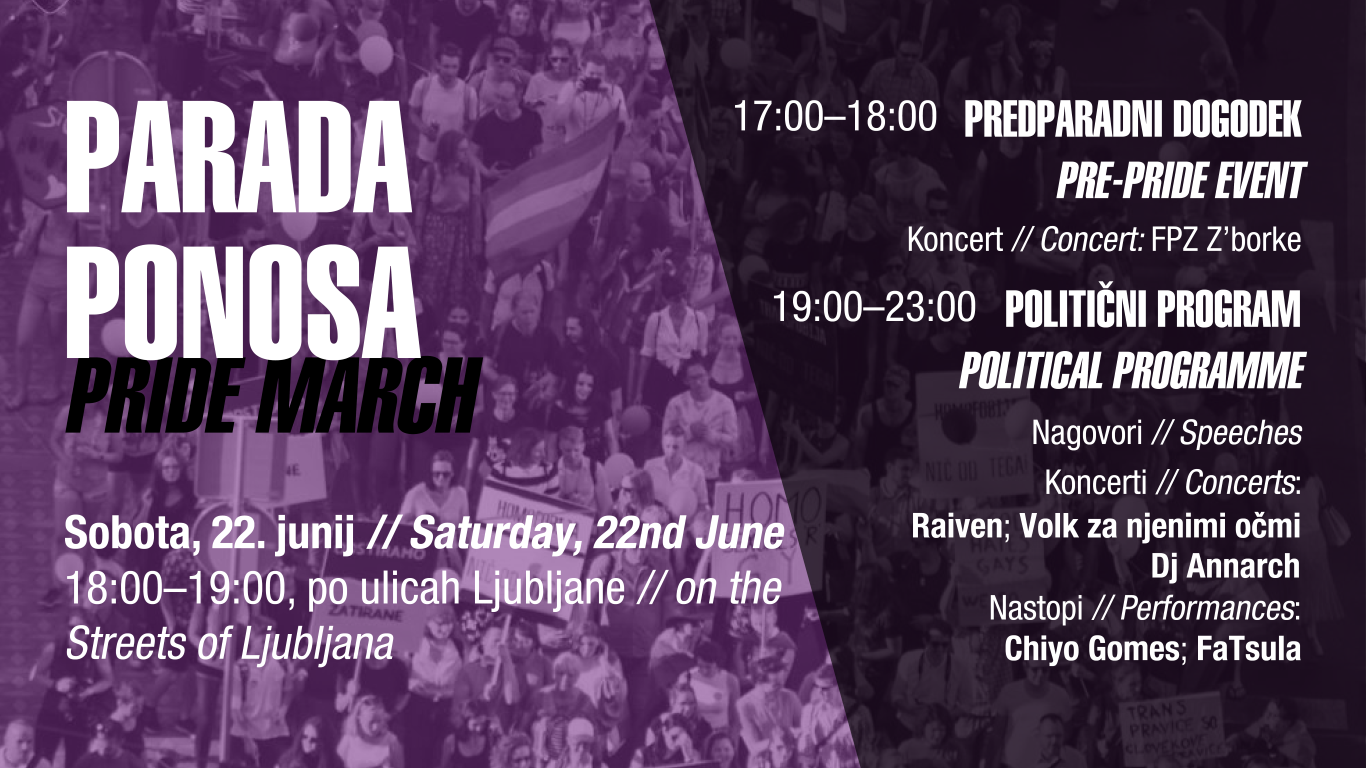 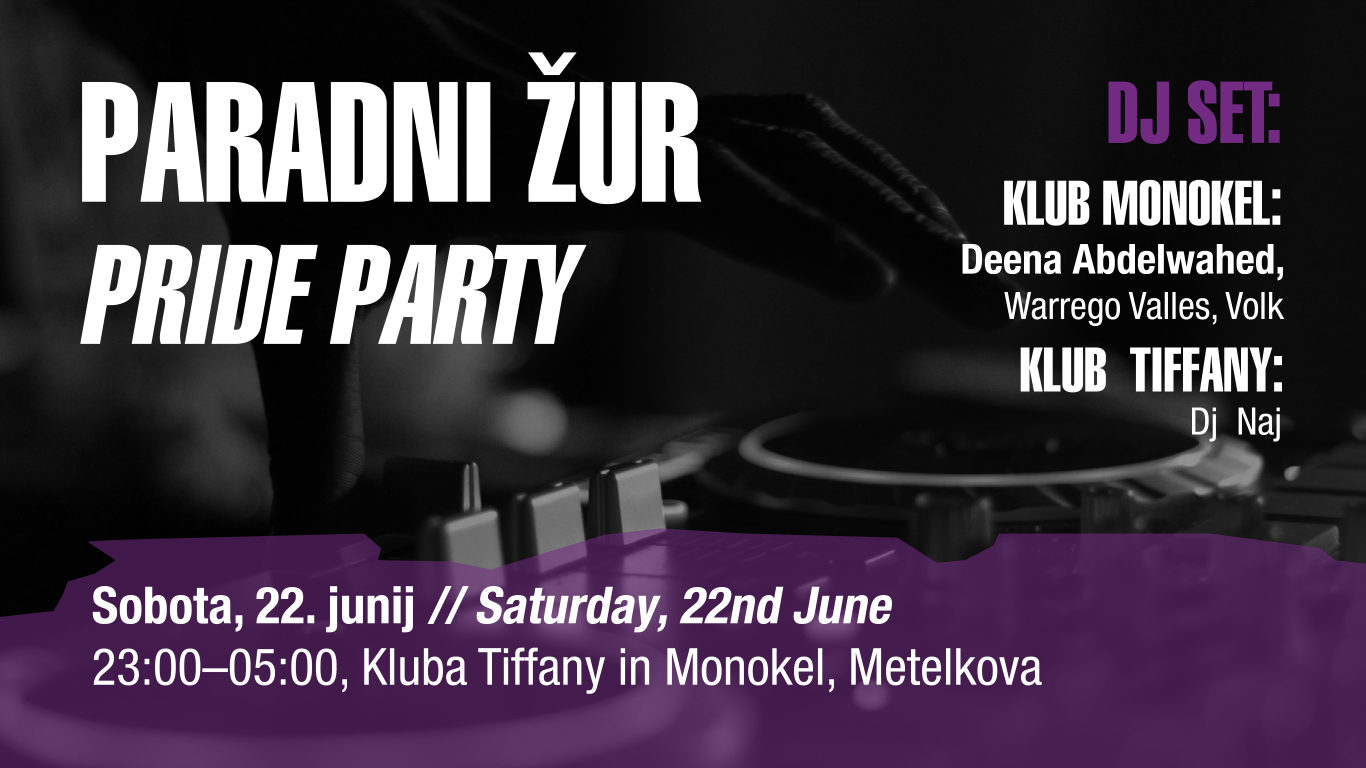 Some rights that have been taken for granted and considered untouchable are again being questioned - at protests, on projection screens, on magazine covers, and on advertising billboards the right to abortion is being attacked, and racism and xenophobia are spreading. Not-yet-realised rights that were just beginning to be addressed - like the rights of transgender and intersex individuals - remain non-existent, overlooked and unaddressed by decision-making institutions. We are not only confronted with the spread of hate, but also with a general unresponsiveness by those institutions that are supposed to protect the members of marginalised groups; in their unresponsiveness and passivity, they are culpable in part for the creation of the culture of hate. Furthermore, we must also deal with the fact that actors in various positions of  institutional power themselves are contributing to the climate of fear, hate, and humiliation while remaining unsanctioned. We are witnessing a production of political life that is rooted in a search for easy ‘solutions’. This search is based on the establishing of false and manipulative predetermined ‘scapegoats’: LGBTIQ+ people, feminists, migrants, asylum seekers, environmental activists, and others.

Similar to previous years, this editorial concludes with another call for solidarity and mobilisation. Once again, we emphasise that a fight for equality cannot and must not remain a fight for any particular marginalised group, but rather a fight of all of us. In the fight against the culture of hate, fear, and humiliation, we are not powerless. Societal life is built by all of us - by our mobilisation and participation, by the raising of our voices; but it is also built in the absence of our participation, and in the presence of our passivity and silence. The culture of hate will never self-annul or self-neutralise; history tells us the opposite. Our mobilisation and participation are demanded; the realisation of hope and the wish for something better and more equal can only be achieved through our individual and collective practices of solidarity. So, once more: let’s overcome the culture of hate!

Overcoming the culture of hate!

We witness numerous examples of hate, threats, slander, insults, and similar targeting members of different minority groups. None of this is new; it has, however, recently become more intense, taking up increasingly more public space and consequently becoming more normal and commonplace. We can conceptualise these practices as a part of the culture of hate, which shamelessly bases itself on the mechanisms of false  interpretations, deceit, and manipulations. Even when hate isn’t expressed directly and explicitly, but instead in a more subtle way, it’s still unambiguous and violent. The culture of hate disguises itself and hides behind relativisations, “personal opinions”, and “freedom of speech”. But what’s worse is it even hides behind “human rights” and their “protection” - protection which expects and demands a violation of the human rights of others. It conceals itself by distorting power relations, as well as proclaiming dominant individuals to be oppressed and privileged individuals to be unprivileged. It sees any criticism of its violence and hate as discrimination against itself, and interprets any challenge of its homophobia, transphobia, or racism as violence. Anyone criticising or challenging it is punished by being discredited. In this way it achieves silence - the absence of criticism of hate -  as something seemingly beneficial, even at the expense of defending human dignity and equality.

While playing victim, the culture of hate looks for and finds false answers to false questions - why is family/gender/marriage/nation in crisis and in danger? We experience these false answers on our own skin - in street harassment, comments, glances, policies and politics, speeches, politicians’ appeals, and in both public and media discourse - in short, through violence that we and members of other minority groups face. At the same time, legitimate questions - for example about LGBTIQ+ equality, gender equality, environmental changes, and class inequalities - receive false answers about “the LGBTIQ+ lobby”, “radical feminism”, “ecofascism”, and so on.

Sometimes for the culture of hate to be effective, it needs only subtle allusions that state nothing explicitly but still speak volumes. These are supplemented with targeted fear and hostility against scapegoats, one of which is the LGBTIQ+ community.  This fear and hostility is always looking for ways to justify itself via current events, and it therefore also always finds a way to affirm and validate itself. By targeting mobilisations, organisations, and visible representatives of different social movements along with  individuals, the culture of hate tries to convince us that standing up to hate, questioning the existing reality, and demanding something more simply costs and takes too much. Not only that, it even tries to convince us that standing up to it is unnecessary, especially when it’s not targeting the LGBTIQ+ community but rather a different population.

With every silence and every lack of response, the line of acceptable political strategies and society building moves further in the wrong direction - further towards normalising and accepting the politics of fear and hate that are rooted in the rhetoric of the victim complex and moral panic, and of intimidation and bullying. Every time we stay silent, what is at least quietly unacceptable today becomes acceptable tomorrow.

The backdrop of the culture of hate makes every movement for social justice (or at least for something more just) seem immediately too radical, inherently too extreme. Everything that isn’t rooted in the dominant norms and doesn’t fit the models of the groups and categories that have dominated our societies for centuries - whiteness, maleness, heterosexuality, etc. - is labeled radical and extreme. Our various battles, rebellions, and resistances reveal that these categories aren’t actually universal or the only legitimate and possible options,  as they make themselves out to be; instead, they are in fact particular, and just several of numerous possibilities. The alleged radicality and extremism of these revelations then become an acceptable reason for discrediting various activists, social justice movements, and us as individuals. This is also justified by calling our demands for equality excessive. The equality that we want supposedly goes too far and is irrational because it won’t settle for the fatality, finality, and immutability of today’s world, which is in part the same as yesterday’s world and is striving to be the same as tomorrow’s world.

If the demands of various social movements for full equality are actually excessive and irrational, then yes, we are excessive and irrational. Every form of equality that gives in to demands of “acceptability”, “healthiness”, and “normality” - demands that at least partially reproduce the privilege of certain populations and only offer a limited alternative to equality - are just inequality repackaged and are therefore  unacceptable.

If it’s “radical” and “extreme” to demand equality under the culture of hate - if it’s radical to defend human lives and full dignity regardless of personal circumstances - then YES, we are radical and extreme. And we will stay this way in defiance of the culture of hate.

FESTIVAL WAS MADE POSSIBLE BY: